No one can make you feel inferior without your consent 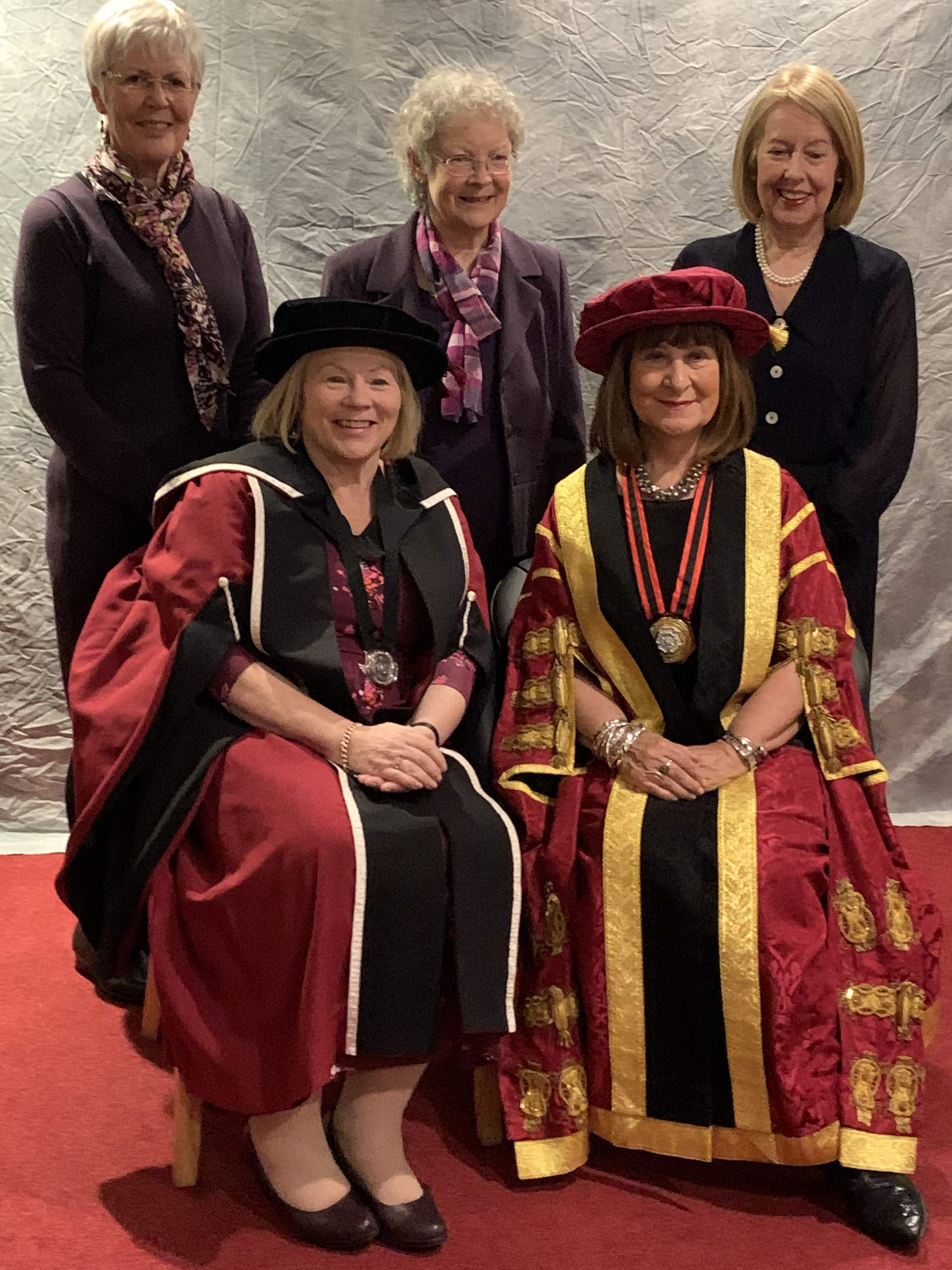 An imaginary dinner party with Eleanor Roosevelt and Helena Kennedy

Sometimes when I find myself in a boring situation, my mind takes flight into the realms of imagination and I indulge in one of my favourite games - fantasy dinner party conversations! This involves me in choosing a couple of people, alive or dead, who I would most like to have dinner with and engage in lively discussion.

One of my ideal pairings would be Eleanor Roosevelt and Helena Kennedy. I have longed admired the former – not least because whenever I feel threatened by someone, I recall one of Eleanor’s famous sayings ‘No one can make you feel inferior without your consent’. In fact, I have been known to quote this to students from my educational charity, the Helena Kennedy Foundation, when one of them has felt overawed by the challenges life has thrown at them – more of that below.

I was never able to meet Eleanor Roosevelt. However I have met – and indeed over the last 15 years have become close personal friends with - the woman who bears the title Baroness Helena Kennedy of the Shaws QC. Helena is a truly formidable and inspirational woman of profound integrity, quick intelligence and deep humanity – much as I imagine was Eleanor Roosevelt. I think they would have got on with each other – and I hope with me too! I fantasize that our conversation over dinner would have been at one and the same time, intense, wide ranging, provocative, and permeated with howls of laughter and good humour.

Eleanor Roosevelt was the longest-serving First Lady of the United States, holding the post from 1933 to 1945 during her husband Franklin D. Roosevelt’s four terms in office. She was controversial for her outspokenness and particularly for her stands on racial issues, her advocacy for expanded roles for women in the workplace, the civil rights of African Americans and Japanese Americans, and the rights of World War II refugees.

Following her husband’s death, she remained active in politics for the rest of her life, pressing the United States to join the United Nations where she became one of its first delegates. She served as the first chair of the UN Commission on Human Rights, and oversaw the drafting of the Universal Declaration of Human Rights. Later she chaired the John F. Kennedy administration’s Presidential Commission on the Status of Women. By the time of her death, she was regarded as one of the most esteemed women in the world and the object of almost universal respect, earning her the sobriquet First Lady of the World from Harry Truman. In 1999, she was ranked in the top ten of Gallup’s List of Most Widely Admired People of the 20th Century.

I am not quite sure how Helena Kennedy would be rated in such global league tables but I do know that many people world wide, including me, would eulogise warmly about her generous personality and her gargantuan achievements. Glaswegian, Labour member of the House of Lords, barrister and broadcaster, Helena is currently President of Mansfield College Oxford and former chair of the Human Genetics Commission and the British Council - two of her many high profile national and international roles. Her list of honours and awards in the law, academia, and public life runs to four wiki pages!

What she may not be so well known for is the support she gives voluntarily to the Foundation that is named after her and in recognition of her seminal educational report ‘Learning Works’ published in 1997. The charity, which I founded, with Helena’s consent and support in 1998, www.hkf.org.uk is dedicated to the promotion of social justice and social mobility, achievable if targeted action is taken – in our case the provision of funding and support to help disadvantaged and vulnerable students from further education progress to university and into employment.

Helena recently hosted our annual House of Lords tea for our bursary award winners and their families and tutors. As ever, it was a powerful and moving occasion, with Helena speaking about the importance of education and the transformational power that one person’s belief in another has in helping us to make the very best of our lives - and the Foundation’s students providing living proof of this! As I sat and listened, I couldn’t help but fantasize that had she been in our midst, the ‘blessed’ Eleanor, herself uplifted by the occasion, might well have smiled at our feisty peer, as we did, with pride and admiration.