If you get chances in life and climb up the ladder of success, make sure you ‘lift others up as you climb’ 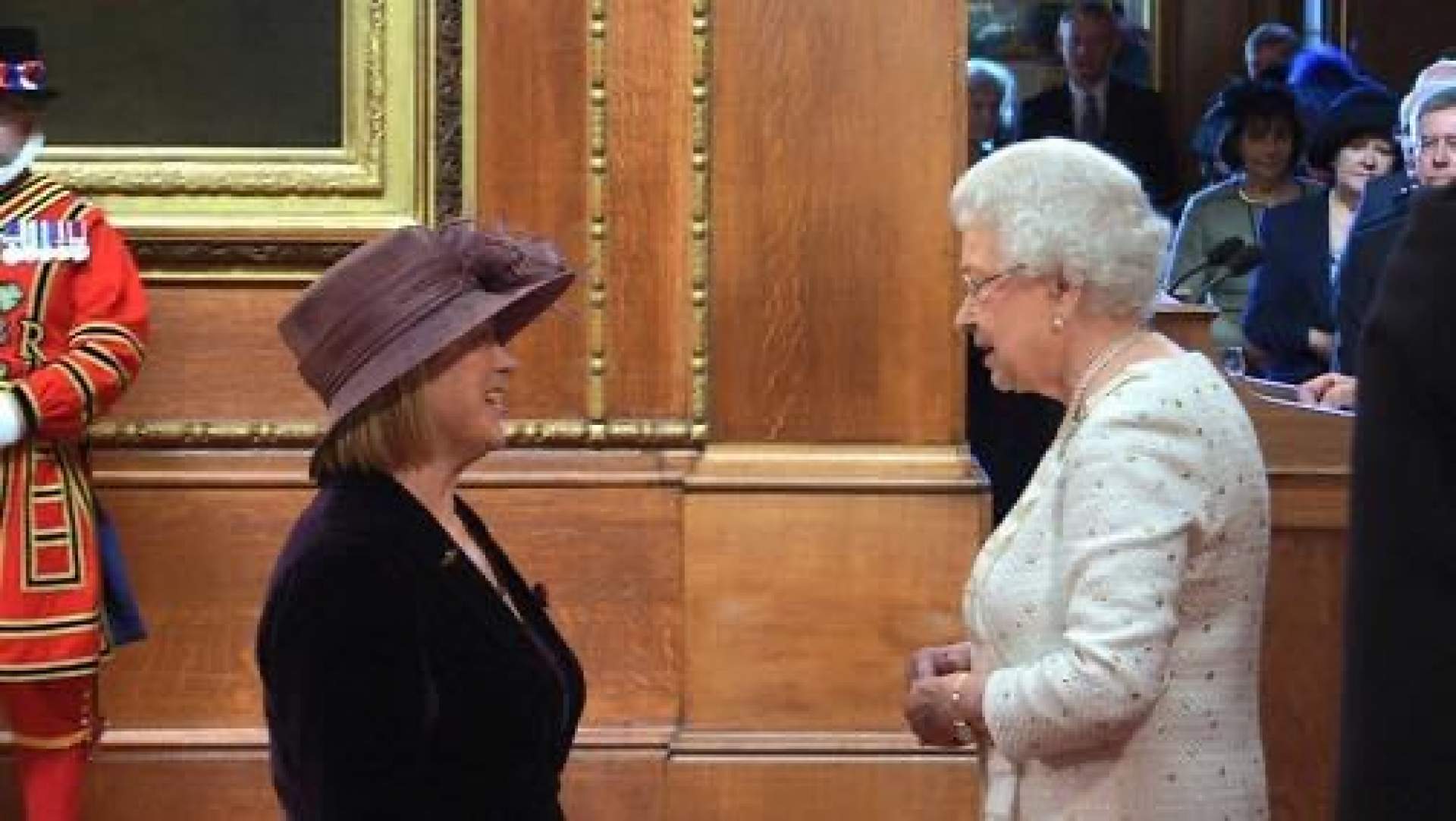 Tell us about your career and your key roles

Over the last forty years, I have enjoyed a career in education, business, culture, and civil society. Aged 34, I became the youngest ever Principal of a Further Education College, and between 1987-2000, I led the transformation of teaching, learning and attainment at Milton Keynes and Cambridge Regional Colleges. Between 2000 -2005, as a civil servant in the Department of Education, I went on to head up the UK government’s national programmes of e-learning and e-services and was awarded an OBE. Over the last two decades, as a non-executive director, I have served on the boards of several public bodies, two NHS Foundation Trusts, including Cambridge University Hospitals, and several private companies. I have also held national Ministerial roles at Homes England, the Arts Council England, and ENTRUST, the government’s regulator of the Landfill Communities Fund. I was Chair of SEMLEP, the country’s highest performing Local Enterprise Partnership for 8 years between 2011-2019 and recognised with a CBE for public services. I am currently the independent business Chair of the UK Innovation Corridor  - the sci-tech region between London and Cambridge.

What would you consider to be your key motivations?

I come from a Northern working class family. I am the product of a state-funded girls grammar school and a grant-enabled university education and was the first person in my family to get a degree. I am motivated to help others, particularly people less fortunate than myself. My passions are education which I know from my own experience is the gateway to personal transformation, tackling social inequities to improve lives, speaking up on women’s and LGBTQ+ issues, and as a Quaker, upholding testimonies of peace, equality, sustainability and truth.

Throughout my life, I have tried to make a personal philanthropic contribution, however small, by giving my own money, time and skills to the charitable sector and to civil society. In 1998, during a period of study as one of the first visiting scholars at the Centre for Women Leaders,* Lucy Cavendish College, set up by the then President, Baroness Perry, I used my time at Lucy to plan the setting up of what became the national educational and social mobility charity, the Helena Kennedy Foundation. The charity promotes social inclusion in further and higher education for students from disadvantaged backgrounds.

What and who has inspired you on your journey?

I was inspired to set up the Helena Kennedy Foundation by two people.

Firstly, by the example of HRH The Prince of Wales, who had had the idea of creating a charitable foundation, which became the Prince’s Trust, back in 1976, during the final months of his naval career. The mid-1970s saw the end of the era of post-war prosperity and employment and as dole queues lengthened, there was a growing disaffection and hardship among the young. The Prince of Wales was concerned about the number of young people who sat around with nothing to do and questioned how he could take action to challenge them to use their energy and initiative to help themselves, According to Sir David Checketts, a former royal equerry, the Prince wrote the initial proposal for his charity on the back of a brown envelope whilst on a train and then took £7,000 from his naval pension and set about bringing his proposal to life.

Secondly, by Baroness Helena Kennedy QC whose seminal report of 1997. ‘Learning Works: widening access to higher education’, was not acted upon by the then new Labour government which had just come to office. To make matters worse, the Blair government introduced a policy of university tuition fees of £1000, payable upfront before the start of a degree course (this was subsequently disbanded after only two years of operation). Such a policy meant that FE students from poor backgrounds stood very little chance of being able to enter university despite having the qualifications and motivation to do so because they could not afford a down payment of £1000. Returning to Cambridge from London after the launch of ‘Learning Works’ in July 1997, I sat on the train and felt myself becoming more and more angry at the government and desperately concerned for the FE students who would miss out.  I had recently been appointed to my second principalship at Cambridge Regional College and had embarked on a spell as a visiting scholar at the Centre for Women Leaders* Lucy Cavendish College. With £5000 of my own money - the monetary difference between my salary as Principal of Milton Keynes College and the increased salary I received when I became Principal of Cambridge Regional College -  I decided to set up a charity to give £1000 bursaries to FE students going on to higher education and I approached Helena to ask her to lend her name to it in recognition of her report and its recommendations. I remain convinced that individual acts of generosity and kindness change people’s lives. She said yes and we set off on our journey never imagining that over time the charity would grow exponentially. It is amazing and life-affirming to me that the £5000 I gave over 20 years ago grew to £2.75 million - entirely due to the kindness of others. To date, this money has helped over 2000 disadvantaged students from FE Colleges to obtain university degrees, transform their lives and take on significant positions in society. We are still going strong and students’ need for our support and funds is just as great now as it was in 1998 when we launched www.hkf.org.uk

What would be your advice to others who are thinking about which career they should choose?

Number 1  ‘Do what you love and love what you do’. I enjoyed a successful full-time career at the most senior levels across the public, private and charity sectors – and I now use this experience to help individuals and organisations understand themselves and each other better and to improve the way they communicate and work with each other. I’ve always done what I love and so it’s been easy to love what I do. I advise others to follow this maxim.

Number 2 ‘Lift as you climb’  In 2015, I became the first woman Chair of the Scouts, the UK’s largest youth engagement and volunteering charity, and in 2020, I was elected to serve as Chair of the City & Guilds of London Institute, the first woman to hold this role since the Institute was founded in 1878. I received a lifetime Business Leaders Achievement Award in 2016 and a Women Leaders award in recognition of my ‘exceptional leadership’ in 2020. I was named #1 LGBTQ+ public sector role model in the 2019 OUTstanding List and cited as one of the 50 most influential women born in the north of England in the NorthernPowerWomen 2019 Power List. I am told that I am a role model for others, and I am touched and gratified by this – although this was never in my career plan. What I have always done, and continue to do to this day, is to support others by being a listening ear and sounding board, through coaching and mentoring, and by always giving credit to the teams who help me succeed – particularly young people, women, and the LGBTQ+ community. If you get chances in life and climb up the ladder of success, make sure you ‘lift others up as you climb’

What does your appointment as High Sheriff of Buckinghamshire 2023-2024 entail?

The ceremonial office of High Sheriff, which dates back to the mid 13thcentury, is an unpaid, independent, non-political, royal appointment in each shrieval county of England for a single year. The High Sheriff is the sovereign's judicial representative traditionally responsible for keeping the peace throughout the shire on behalf of the Crown, alongside the Lord Lieutenant who is the sovereign's personal and military representative. While the duties have evolved over time, supporting the Crown and the judiciary remain central elements of the post. The duties of the 21st century High Sheriff include attendance at royal visits and at a High Court Judge opening ceremony, proclamation of a new sovereign, and acting as returning officer during elections. In addition, the High Sheriff actively lends support and encouragement to crime prevention agencies, the emergency services and to the voluntary sector. The fact that such a role can be undertaken by a working class, state educated Mancunian who is also a gay woman and a Quaker is testimony to the growing diversity and inclusivity of contemporary British society, and enlightened attitudes adopted by those who have recommended me for this position.  I consider it an honour and a privilege to be asked to serve as High Sheriff which falls in the year of my 70th birthday. I intend to devote my 12 months in the role to fulfilment of a ‘retirement’ plan that will include much charity fund raising combined with the promotion throughout Buckinghamshire of the life, work, and beliefs of the Quaker William Penn whose remains lie in the county at the Old Jordans cemetery near the town of Jordans, Buckinghamshire.

How would you describe your role in the College and what’s the best thing about being part of the Lucy community?

I am formally designated a Fellow Commoner of Lucy Cavendish College and an alumna by dint of my time in 1997 as visiting scholar at the Centre for Women Leaders. I also act as a cheer-leader, donor and general fund raising helper for Lucy and, although I no longer live in Cambridge, I come to the College and attend activities when I can.  One of the best things about being part of the Lucy community is being linked into a global network of inspiring current and past students and staff.  I share the experience of Dr Dhooleka Raj who came to Lucy in 1993 as a graduate student, leaving in 2000 to take up a post at Harvard when she wrote to the governing body the following words:

'At Lucy, the divided self was whole. The closest I can come to describing the feeling is to tell you about the inner peace and happiness that came from the opportunity to be myself: intellectually, spiritually, physically. Lucy is a place where I have been free to be me’

This is the best thing for me about being part of the Lucy community.

*  The Opportunity to be Myself: a History of Lucy Cavendish College, Cambridge’ by Nigel Watson p102 James & James publishers Ltd 2002